Why Should You Work With Us to Build Your Fully Commercial Course?

Supreme Greens has the experience and skills to manage every piece of the puzzle, from start to finish

What does Supreme Greens bring to the table?

After all that we’ve shared with you here, it’s clear that a mini golf course represents an amazing investment. The revenue potential is through the roof and your course can open your club up to all sorts of customers that you wouldn’t attract without it.

That’s why so many clients work with us to build their own courses.

At the time of writing, we’ve just completed a new course for a client in New South Wales. They’re located on the coast in a holiday town, which is the perfect place for a mini golf course. With a constant stream of tourists to appeal to, their course will have the potential to host several thousand rounds per week.

Our client’s town has a population of 75,000 people. That’s a pretty large captive audience in itself. However, that population doubles during the holiday season, which means a further 75,000 people for the course owner to appeal to.

Again, that means he’ll repay his investment in about 18 months.

Most importantly, the client is getting in early. He’s establishing his mini golf course before anybody else in the area has even considered the possibility. That means he’ll have a huge head start in terms of marketing and name recognition compared to any future competitors.

And of course, by working with us he gets the entire set of skills needed to bring his course to life. We worked with him on the design, so he got a bespoke course featuring everything he wanted.

This client knows the amazing benefits/revenue their mini golf course will provide for them. Their new course will be making thousands of dollars per month. And he’s so excited about the possibilities that he’s already looking for new locations in the surrounding areas in NSW. 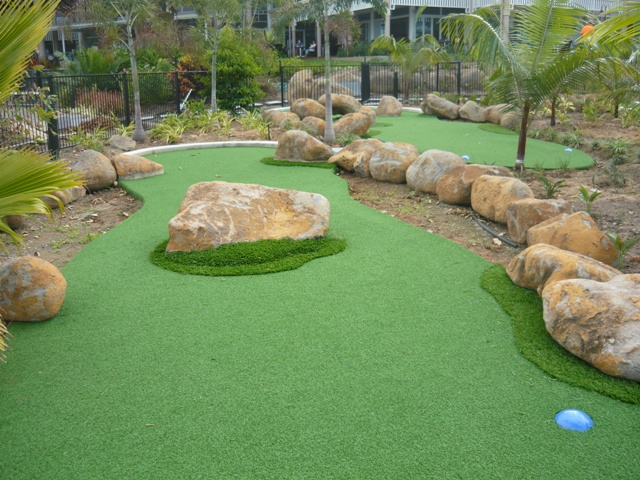 Imagine having your investment paid off within 18 months?

There are many advantages of working with our team to build your mini golf course, which we’ve covered throughout the book. But as a quick refresher, please consider the following:

Our experience with mini golf course designs means that you can avoid the mistakes that many others make. We can guide you through the entire process, from designing the course through to construction. We’ll ensure that you get a sustainable course that repays your investment in the shortest time possible.

We understand what makes mini golf courses appealing to a wide range of golfers, both new to the game and way more experienced. That means we can help you to incorporate all of the little obstacles and features that create challenges and returning visits.

We know that the course itself isn’t the only potential source of revenue for your club. We’ll help you to incorporate other revenue sources, such as cafés, bars, and other features. Plus, we’ll help you to maximise the returns that those extra revenue streams generate.

We also understand how to market your course and can provide you with plenty of ideas to build exposure. Marketing is one of the keys to achieving the revenue figures we’ve discussed in this book. After all, if nobody knows about your course, you’re not going to get any paying customers.

We don’t just limit ourselves (or you) to mini golf course designs. We can also help you to take advantage of the new ideas that we’re seeing in the game of golf. From space-saving driving ranges through to simulated golf technology, we can help you to maximise your space. And again, you create even more revenue streams.

But perhaps most importantly, we can design a course that’s suitable for your budget. We maintain an in-house team, which means we don’t have to engage costly contractors. Of course, that means we can pass our savings onto you!

Ultimately, that means you get a less expensive course that pays for itself much faster. And that lower cost does not require you to sacrifice an ounce of quality in course design 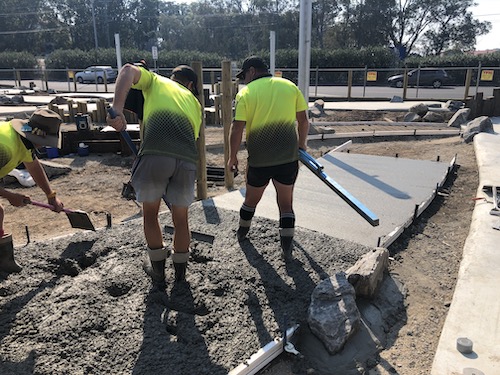 We have the team and skills to build you a bespoke, amazing mini golf facility

So…you know about us and what we can offer.

But what about me? What makes me an authority to tell you all of this in the first place?

My name is Cameron Strachan and my love for golf goes back as far as I can remember. I’ve been playing for over 20 years and I’ve spent a lot of that time helping other golfers reach their potential.

But ahead of any of that, I’m a SupremeGreens customer myself.

I purchased my first Supreme Green so that I could practice my putting in my own back yard. And I was so impressed by what I’d bought that I had to keep working with the company.

I know that SupremeGreens can provide everything that I’ve said it can, and so much more. And I know exactly how to help you market your new course to maximise your profits.

I love this wonderful game of ours too much to give you anything less.

It’s Time to Move Away From the Traditional

The simple fact is that sticking with a traditional membership model could spell the end of your club. We’re already seeing hundreds of clubs throughout the country that either struggle or have to close their doors. Worse yet, traditional golf memberships have fallen year-on-year for over two decades.

You may need to offer people something that’s non-traditional and more appealing to the casual player. However, you don’t need to sacrifice your club’s integrity with gimmicky putt-putt courses.

A top-quality mini golf course provides an amazing return on your investment. Plus, it will help you to generate a buzz that could raise revenue across the board.

You just have to take the first step.

What is the next step? If you're keen to learn more fill in the form below or contact Cameron on 0403 372 261. From here, we can give you some ideas and pricing. There is no obligation for this stage.

From there, the next step is to engage us for a site consultation and concept plans/drawings. Pricing for this service varies but starts from $5,000 + GST and this fee is refunded should you proceed with the mini golf construction with Supreme Greens. This service gets us onsite and we work with you to come up with a plan and design that will work best for your footprint. The concept/plans are yours to keep.