The Key Mistakes to Avoid When Building a Mini Golf Course 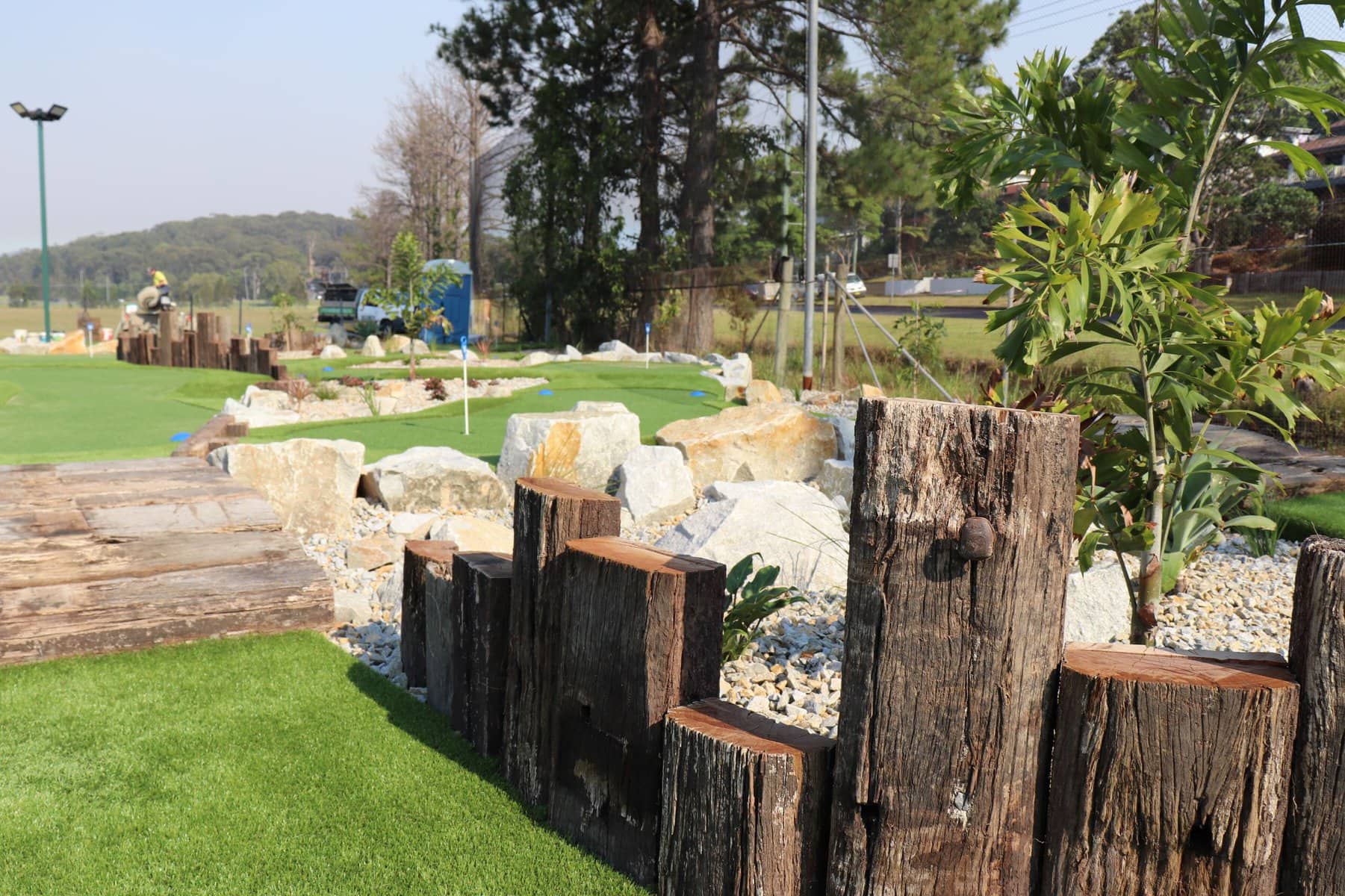 As a traditional golf course owner/manager, you’ve really felt the sting in recent years. Membership numbers seem to dwindle on an annual basis and the course isn’t driving the revenue you expect it to.

It’s not just your course.

In a 2019 report, ABC News highlighted the true scale of the problem. Golf courses all across Australia have seen their numbers drop to record lows. According to the report:

“Almost 100 golf clubs across the country are on the brink of financial collapse following two decades of declining memberships.

In other words, there are about 25% fewer people playing golf at traditional clubs now than we had in 1999.

The simple takeaway from this is that sticking to a traditional membership model isn’t the answer. In fact, it could lead to the closure of your club, as the Coonamble Golf Club discovered.

The course owners did everything that they could to stay afloat, including promoting more inclusive social games. But the membership numbers kept ticking down and the running costs kept rising above the revenue generated. 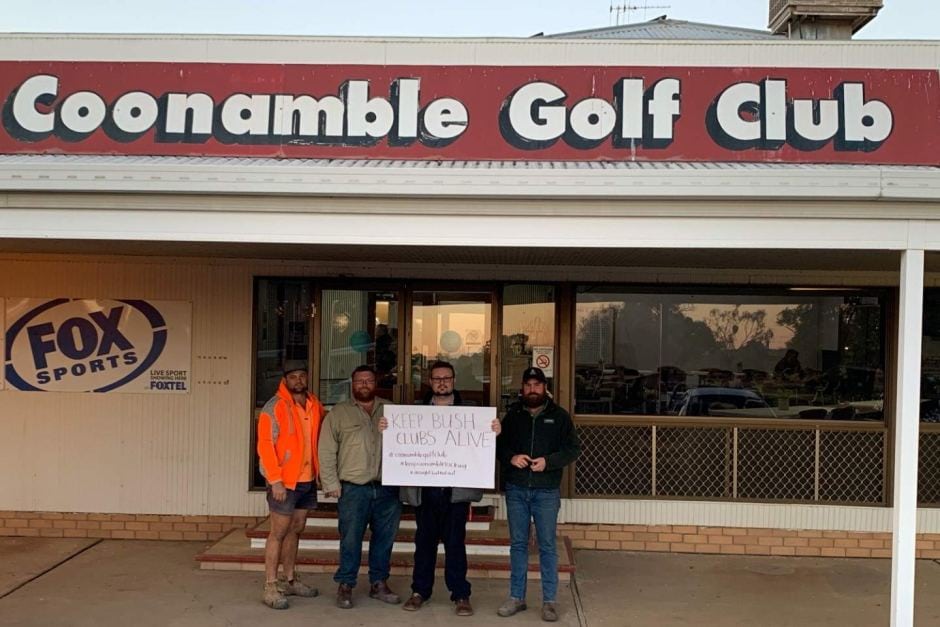 Despite their best efforts, Coonamble Golf Club is just 1 example of a club struggling with the existing membership model

The club’s President, Moe Jacobs, commented on the decline:

“We're now at the point where we just can't see a way forward. It's just hard to make ends meet when social membership only brings in a couple of dollars.”

This could be the future of your club if you don’t take action now to do something about it.

Now, we believe that Mr. Jacob had the right idea when it came to reinvigorating his club's flagging revenue figures. By drawing in more casual players, he aimed to supplement the revenue lost from a decline in traditional memberships.

A mini golf course can.

With a mini golf course, you have the perfect entry into the world of golf for thousands of casual players. You have a course that doesn’t get affected by issues like drought and inclement weather.

You have something that drives revenue all year round while opening up a brand new market for your club.

And with memberships declining all across the nation, that’s something that you sorely need. But in your rush to build a mini golf course, you may find yourself making some key mistakes along the way.

These are the five blunders that you need to avoid that make your course worthwhile.

Mistake #1 - Not Building a Mini Golf Course At All

The figures above prove that the traditional model just isn’t working anymore. Yes, that may be very hard to hear if you’re a golf purist. You adore the game and you want other players to get the full experience of playing on a full-size course.

But the numbers don’t lie…

Fewer and fewer people play on a regular basis, which means your membership numbers drop. You need to be able to offer something that will bring a new audience to your club.

And mini golf is booming. There’s a TV show coming out in 2020 - a bit like Ninja Warrior and mini golf combined. It will be aired in primetime and there’s talk of bringing the show to Australia in 2021.

And if you look around, you’ll see these courses popping up all over Australia. The secret is out and it’s now time to get involved.

Mistake #2 – Waiting too Long to Get Started

The cat is practically out of the bag when it comes to mini golf courses. Club owners can already see the potential that such a course creates.

That means demand is on the rise. And with rising demand, you will also get rising costs.

If you decide to wait for a few years, you’re going to find yourself paying more for your mini golf course than you would if you made the move now.

If you start today, you get to take advantage of lower prices. You get to build the mini golf course that will make a difference to your bottom line. Plus, you’ll get to repay the investment so much faster, which means you experience the benefits of your new course quicker too.

Mistake #3 – Trying to do it Yourself

Building a mini golf course isn’t easy, even if you have experience in building traditional courses. You have to work with a lot of new materials and you have to understand what players want from the course.

That’s why it’s a huge mistake to try and go it alone.

It’s difficult to build a course that’s both attractive and sustainable. Plus, trying to do it yourself means you’re learning on the job. You’re not going into this with pre-built knowledge of what works and what doesn’t. Ultimately, this means that the course you try to build won’t reach its full potential.

It’s always best to work with the professionals when building a mini golf course. They know what works and what doesn’t. Plus, they know how to build courses that can stand the test of time.

And just so we’re sure. When I say, “build it yourself” I’m referring to using local contractors and workers to come in and build something on the cheap.

It’s tempting to use offshore grass or surface materials when building your mini golf course. However, you’re opening yourself up to unnecessary maintenance issues if you do.

Quality and lifespan is the problem. Australia has a very hot and climate and it’s possible that your offshore materials just won’t adapt well to it. And the big issue here is that many of the offshore grasses aren't properly UV-protected. They will claim to have UV protection but our experience is the level of protection isn’t as high as it should be.

It’s always best to use Australian-made materials and grass that have been specifically designed for golf and work with our harsh climate.

Mistake #5 – Stuck in the old way of thinking

We get it. Golf is a conservative sport and many don’t like change.

I was recently at a meeting with a typical type of traditional golf club. This club is in dire financial trouble - losing hundreds of thousands of dollars per year. But they have received a lifeline - a property developer is building a retirement village on the course that will set the club up into the future.

What surprised me was the attitude to the non traditional golf side of things. The proposed mini golf course is projected to bring in a million dollars per year and the only thing the members at the meeting were worried about?

The noise. They wanted to locate the mini golf course as far away from the clubhouse as possible.

Whether the traditionalists like it or not, golf is certainly changing and we all need to change our thinking because golfers of all ages are enjoying the game differently from the old days. 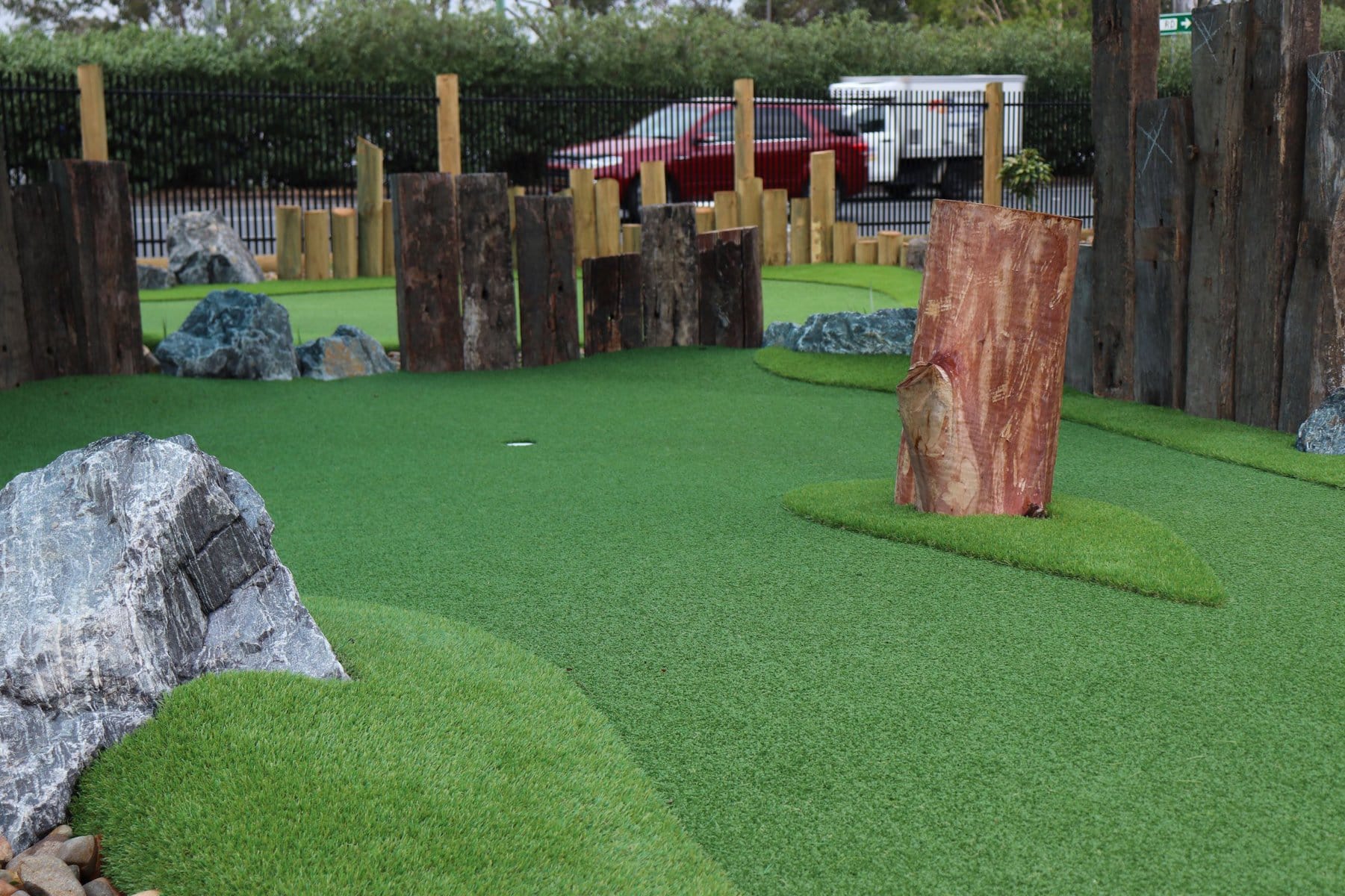 Building a mini golf course isn't easy, unless you have the right team of professionals on your side

The simple fact is that golf clubs all over the country are having to close their doors because they can’t make enough money.

Don’t allow yours to become one of them.

A mini golf course is a perfect solution…as long as you avoid these mistakes.

On the next page I'll explain the must have's of a mini golf course.....