So this Melbourne synthetic golf green construction has taken a turn for the worse. There was a lot of rain on the Monday night and when we arrived on the job there was water everywhere. The bunker was completely filled with water and the base that we’d worked so hard to create was like a soup.

Bruce has been doing this stuff for years now – he wasn’t too discouraged. I was worried because the two previous days were really hard work and it looked like it wasn’t going to get any easier. Thank God Bruce was on site, I wouldn’t have know where to start.

The first job was to empty the bunker. We hired a pump and got to work…

We then ordered more sand and did the best that we could do. With the ground getting so wet Bruce was concerned it was going to be an ongoing problem. The owner of the property decided to put some extra drainage into his backyard, telling us that his backyard does get wet after rain. It seems that all the run-off from the neighbouring properties ends up in this backyard.

The extra sand did the trick and Bruce and I were able to rough out the basic design. This green is going to have 5 hole locations and two large chipping/pitching areas at each end. At the lower end will also be a hitting cage that will enable golfers to hit full shots and also turn around and pitch up the full length of the green.

The green is going to have two distinct levels. This will provide some interesting long putts while also allowing some tricky pin placements. The idea is to keep four of the hole locations towards the edges of the green and have one centrally located pin. I have put one of the pin placements near the edge of the bunker. This will provide a difficult shot from the bunker and also a fun lob shot over the bunker to a tight pin and also a very challenging shot from the bottom tee (around 50 metres).

We still have a lot of work to do. Bruce has decided to call it a day and come back in a few weeks. The idea is to let the ground dry out and also test the new drainage. We’re hoping the Melbourne weather won’t keep us waiting for long and it’s due to rain soon. (update: it poured with rain on Monday night).

Bruce has told me repeatedly that these green installs rarely come together without some issues. It has certainly been a learning experience for me – lots of challenges thrown our way but we’re are making progress. At the end of the day we will deliver an amazing golf facility that will become the centrepiece for this backyard. I’ll be back with a further update in the next few weeks…

Some more photos that have just been taken. Bruce decided to layout the grass on the green before leaving. This will keep the grass from going wrinkly and give the client a better idea of what the green will look like. We’re still a bit away from having a fully functional playing surface, but we are getting there.

Do It Yourself Artificial Golf Green

Do It Yourself Artificial Golf Green 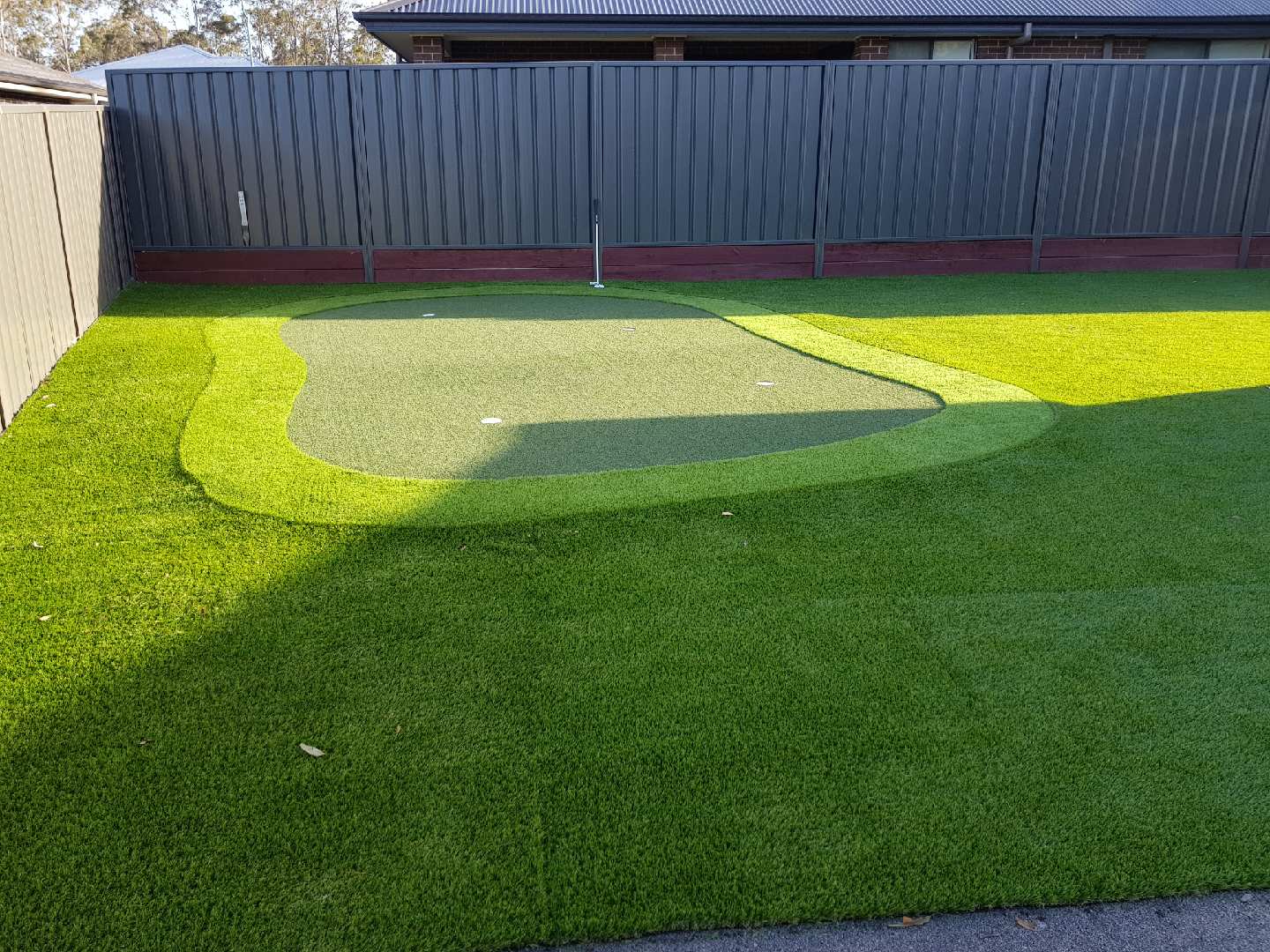